I was not a fan of Scholars Inn, especially after they decided to rebrand the place as “SI.” Weren’t they aware of Sports Illustrated? Anyway, my feelings on that now-defunct restaurant are neither here nor there because today I’m writing about the new restaurant that has taken up residence inside the bones of SI, Mesh on Mass Avenue. Yeah, I know, “Mesh” isn’t a great name. As a child of the 80s, my mind automatically goes to this: 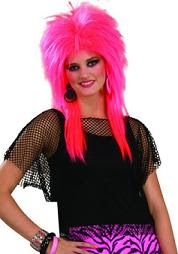 Undeterred by the questionable name, however, I decided to give Mesh on Mass Avenue a try this past weekend. And I’m glad I did. It wasn’t a perfect dining experience, but, overall, it was nice. Given that they’ve only been open for a month or so, I’d say “nice” is a good sign of things to come.

The first thing I noticed about Mesh was that it still looks quite a bit like Scholars Inn with one major exception – they’ve painted the interior from top to bottom. The choice of browns and earth tones is a big improvement over SI’s garish blues and turquoises. Because it was a beautiful night, we asked to sit outside, which means I didn’t get a chance to nose around inside the restaurant or go upstairs. The outdoor seating area was comfortable and cozy, though, with a roaring fireplace that should keep diners warm well into fall. There was a lack of lighting outside, which made it kind of difficult to see your food at times, but I suppose a little darkness is preferable to having a spotlight shine in your face.

Our server arrived promptly to take our drink orders. She was fun and communicative, but never annoying. I gave her a little good-natured ribbing at one point and she replied, “Watch it! I'm feisty!” I like that in a server. After taking our drink orders, she left water on the table in an old-fashioned stopper-topped glass bottle, which was a nice touch. We tried two different cocktails, the Hemingway daiquiri and the bourbon peach smash. I can’t say that I was crazy about either of them. The Hemingway daiquiri was kind of sour (it was made with grapefruit juice) and a little too rummy for me while the bourbon peach smash didn’t really make much of an impression. Maybe it’s just me, but when I order girly cocktails, I expect them to be a little bit sweet, which neither of these drinks was. Our server did bring the daiquiri out in a cocktail shaker and shook it tableside, which I thought was another nice touch. One final word of warning on the beverages – the iced tea comes from a soda fountain; it is not fresh-brewed tea. As a person who cannot stomach fountain tea, I was unpleasantly surprised when I tasted it.

As a starter, all diners at Mesh get a basket of bread with an olive oil/vinegar dip. This was delicious. I’m not sure if they bake the bread in house or not, but it certainly tasted like it, warm and fluffy. And the dip was quite flavorful as well. For an appetizer, we ordered (at the suggestion of our server) the wild mushroom strudel. She did not steer us wrong! The strudel was a mushroom-lover’s delight wrapped inside a puff pastry and topped with a savory cream sauce. The strudel was paired with a lightly dressed salad, which I thought would be odd, but I actually ended up liking. The crispness of the lettuce made a good counterpart to the richness of the rest of the dish.

I decided to start my meal with a wedge salad. I was hoping for a towering, standing wedge salad covered with tons of blue cheese (like my favorite wedge salad at Bonge’s Tavern). This was not that. No, this was a lazy wedge salad that had collapsed onto its side. It was drizzled with vinaigrette and just had a few, stray pieces of blue cheese on it. As Obi-Wan said to the storm trooper, “This is not the wedge salad you're looking for. You can go about your business. Move along.” The lobster bisque, on the other hand, was pretty dang good. A little salty, maybe, but not bad.

Next we waited for our entrées. And waited. The kitchen service was rather slow. It wasn’t intolerable, by any means, but if I had been in a rush, I would have been stressing. As the time between courses lengthened, our server even said something like, “I’m going to have to go back there and knock some heads together.” She did say she was feisty! When the entrées finally did come, they were worth the wait. The scallops were cooked to perfection and tasted great, although the spinach risotto they were served on was a tad underdone. I had to pick a few pieces of crunchy rice from my teeth. The pork belly entrée was good, as well, even if the pork belly itself was not as crispy as I like it. Still, it paired well with the beans. Once again, though, some of the beans were undercooked. Was this a running theme, perhaps?

Overall, I enjoyed my dinner at Mesh. Most of the food was good, and the atmosphere and excellent service made up for the few missteps and the wait. I’ll definitely give this place another try a few months down the road when they’ve had time to work out the kinks. 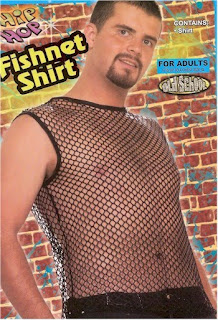 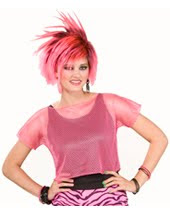 What were people in the 80s thinking?