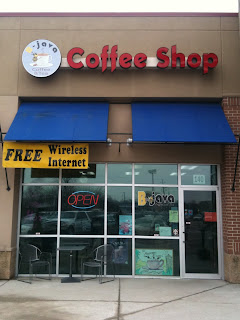 More so than at any other coffee shop in Indianapolis, the baristas at Bjava Coffee and Tea treat their profession as an art, really striving to brew the perfect cup of coffee. This ain’t no Starbucks where disinterested high school kids brew pre-packed espresso while chatting about their weekend. From the way the coffee looks to the way it smells to its texture to its taste, the employees at BJava take their job seriously. Sometimes the place seems more like a laboratory than a coffee shop with baristas experimenting using new and unusual techniques to brew their drink.

Which is not to say that you can’t just cruise through Bjava to get your on-the-go wake-up cup of Joe. You can. In the mornings, the staff here brews a couple of different kinds of traditional, drip-brewed coffee, which they call “commuter coffee,” for those in a rush. Last time I was in, for example, they had organic Costa Rican and Sulawesi Toraja coffees on offer. If you have a little more time, you can get your coffee brewed fresh using several different methods (French press, Chemex, and so forth). You can get fresh-brewed coffee throughout they day, too, although the commuter coffee disappears around noon. 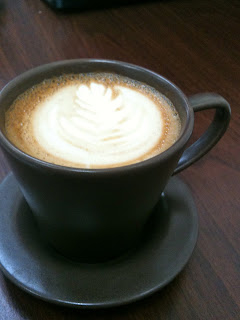 Of course, Bjava serves the traditional espresso drinks as well (Americano, macchiato, cappuccino, and so on). Their traditional lattes are simply fantastic. They also offer a few signature drinks such as the Bumble Buzz, the Shagadelic Shooter, and the Honey Lavender. My personal favorite drink at Bjava is the Bumble Buzz, which is a double espresso extracted over spices, sweetened with honey, and topped with textured milk, fresh nutmeg, and orange zest. As their name implies, they also serve a variety of teas, including chai and chai lattes. Bjava also has food (including breakfast sandwiches, paninis, muffins, scones, bagels, cookies, and from-scratch soups), although I have not yet had a chance to try any of it. Next time!

As an added bonus, the folks at Bjava roast their own beans twice a week using a nearly completely manual roaster (as opposed to the automated machines that most places use). The roast master in charge of roasting the beans is a chemist at Eli Lilly and Company, so you know she knows what she’s doing! One of the roasts usually happens on Saturday, and the friendly and knowledgeable staff is open to explaining the process and letting patrons watch the magic happen.